Until the mid-20th century, the prevalent view across the world was that the universe was infinite, had existed forever and that it will continue to do so for all time. According to this view, known as the “static universe model,” the universe had no end or beginning.

In maintaining that the universe is a collection of fixed, static and unchanging substances, this view has constituted the basis of materialist philosophy and has consequently rejected the existence of a Creator. However, as science and technology progressed during the 20th century, the static universe model has been completely uprooted. 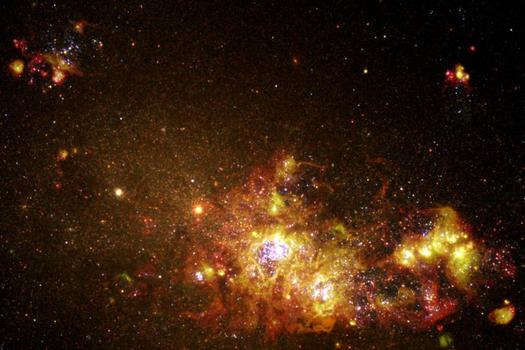 We have now entered the 21st century and a new dawn is upon us. Through numerous experiments, observations and calculation conducted by some of the world’s most prominent thinkers, modern physics has proven that the universe did indeed have a beginning, that it came into being from nothing in a single moment in a huge explosion.

Furthermore, it has been established that the universe is not fixed and static, as materialists still stubbornly maintain. On the contrary, it is undergoing a constant process of movement, change and expansion. These recently-established facts all act as nails in the coffin of the static universe theory.

Today, all these facts are universally accepted by the scientific community.

The origin of the universe is described in the Qur’an in the following verse:

This information is in full agreement with the findings of contemporary scientists. As we stated earlier, the conclusion that astrophysics has reached today is that the entire universe, together with the dimensions of matter and time, came into existence as a result of a great explosion that occurred a long time ago. This event, known as “The Big Bang,” is the catalyst for the creation of the universe from nothingness. This explosion, all parties in the scientific community agree, emanated from a single point some 15 billion years ago.